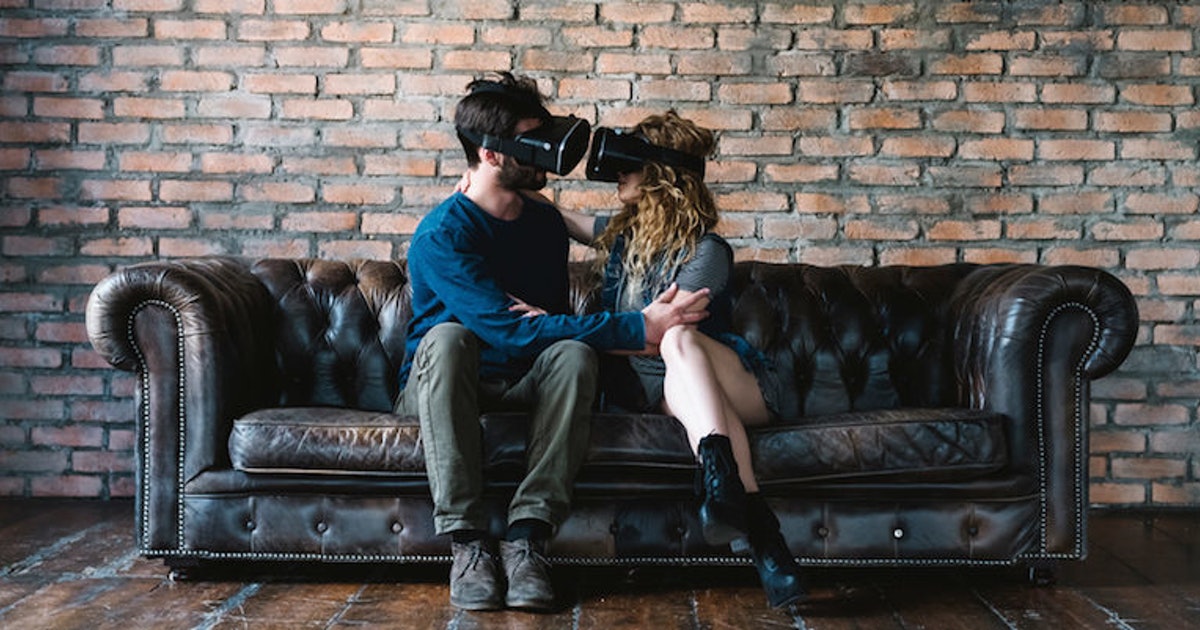 Yesterday night, I read a book. Yes, a book! I bought it (it was not possible to rent it) from an old fashioned shop which was liquidating before definitive closure: a real shop with real paper books. I initially purchased this book, randomly chosen among hundreds, just for the pleasure to have in my hands a feeling that I forgot a long time ago: the smell of the old paper, parchment like, precious but dirty at the same time, showing usage of previous hands and eyes having read it. But, hey, the best was to come: the book actually was even better for what was inside it. “Ashes, Ashes” written in 1943 from an author called Barjavel kept me awake all night. 1943: this sounds like long time ago… But is it really? At that time, I wasn’t even born. Things have moved so quick since, I can hardly remember how things have changed so dramatically in such a short period of time.

Anyway! The book was interesting in itself: set in 2052, treating about the fall of a very advanced technology based society. Exactly the kind we experience today in 2028. It was also because it made me conscious of an internal feeling I had noticed growing for a couple of years. Of course, my AutoMedic already sent that data to my Health Insurance, since that was probably impacting my heart pressure or pace, I cannot tell exactly, but themselves in return just brought to my attention these symptoms without being able to explain the exact background for them. Messages received, among so many others, hardly read and immediately forgotten: you know how it goes. My insurance premium might have increased a bit -who cares really- I stopped checking this a long time ago. But now, they came back to my mind: I might start to understand the reason for this little cramp I am sometimes having in my rib cage: could that be depression? Am I another casualty affected by this fast-spreading illness that nobody can explain?

The issue is that the diagnosis for depression is not easy to make. Even with today’s technology. While the IA assisting the insurance companies on customer’s auto-diagnosis improved dramatically the pre-treatment of many illnesses, the brain diseases remain difficult to ascertain. Another reason is that the Leaders are more focused on making our lives better than really looking at the issues that might arise out of them: looking forward is the politically accepted way of moving. The one who dares looking back or thinking differently is not always welcomed. The one questioning the politically correct choices are sent back to themselves. Refusing to agree to a world that brought peace and safety to billions of people is not generally well accepted. This has led to an excellent world, with an amazing increase of happiness ratio for the masses. Nobody can deny it. In all domains, would they be economical, health, safety, housing, transportation, IT, environmental – is it possible to name them all ? – the world has improved in the last 20 years like never before in centuries. The acceleration of the human “progress”, thanks to IA and robotics, has never been so high! 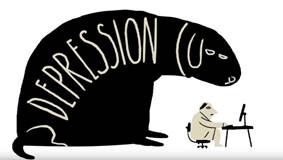 Just… my suspicion for depression is now there, insidiously. I remember an article I read: since the 4th Industrial Revolution started, a slow but constant increase of teenagers’ suicide rate was registered. Why would that be if our society brings all we need? In parallel, the medical prescriptions of antidepressants and anxiolytics have never been so high: if people experience no stress and no fear, why do they need pills? If robots took so much workload from us, why the “burnout” cases are spreading at an even faster pace than ever before? This race for a better world did focus on running for peace, comfort and safety and has left no time for the dark side of humanity. Obviously, this is for a good reason: why should our rare and precious resources be allocated to studying the bad side of the human being?

This dear Abraham: you definitively can’t escape from him. I remember like it was yesterday my first course at University. It was about the hierarchy of needs.

Since life has been existing on Earth, all was about basic physiological needs and this was still the case when the first human was finally standing on his two legs, around 2 million years ago. Even in the Middle Age, only 1’000 years ago, mankind was still behaving like the animals they were descending from. During centuries, there were never ending wars, endemic poverty, deadly epidemics, and a lack of justice for the vast majority of mankind. Then, in just a few decades, humanity rapidly got mature and improved its behaviors. This was certainly not a linear process and not in consistency with the planet. Even if today in 2028, a good 70% of mankind finally lives in a peaceful and high-conscious way, the rest of the world remains far behind. Myself, not being a specialist, I think it is mainly because they missed, or were not ready, for the 4th Industrial Revolution and the related philosophy that came along. 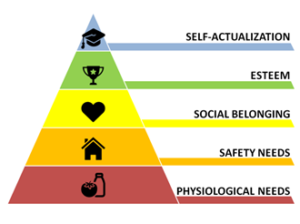 In our perfectly lean and safe society, enjoying robotics assistance at all levels, top notch constant surveillance and almost guaranteed physical integrity, we certainly are at a high level in this hierarchy but… where are we exactly? Are we still at the highest level of the Maslow pyramid?

During XIX and XXst centuries, the so-called developed countries managed to reach the top level for a decent percentage of their population. Yes, they did. It is safe to say so. At least, some people had the possibility to reach the top if money, education, local environment conditions and, sometimes, simply the chance were here. Certainly unfair, unsafe, stressful but you had a chance to reach the top and to realize your dream. What you could do, you had to do. You could become what you were intended to become. The lack of regulations and over-controlled environment gave an opportunity to millions of people to achieve that. They could go over their existing condition.

Our society has taken away the risk and, with it, the initiative. Even the excitement. She is over prudent, over cautious. Our genes, defined by millions of years of famine, fear and pain, have linked our potential of self-actualization to the existence of a strong motivation. In theory, we have all we need! But what we lost during the 4th Industrial Revolution is:

we are not fully free from the authorities and mandatory surveillance of many third parties. The regulations are everywhere: IA is analyzing all our behaviors even before we are even aware of them, killing our appetence for the unexpected, the novelty or the non-orthodox events. It is a strong bet to say that IA and procedures can do what human beings achieved themselves, sometimes through chaotic processes. The first vaccination invented by Louis Pasteur was found because the scientist introduced in his rigorous process a simple error: an unexpected and unwanted error. Can we bet that a rigorous process would have led to the same discovery? This small error saved millions of lives since 1879. Many examples show that a too clean and safe environment is actually contra-productive from an intellectual point of view. Trial and error process has been leading to human development for millions of years. Our 2028 society simply does not allow space for failures and mistakes.

(2) THE SENSE OF INITIATIVE 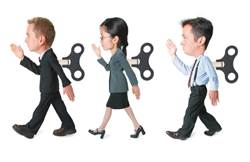 a too safe world, perfectly functioning routine is what we experience today. Nobody thinks of complaining about that because we can all focus on what we want to do, in the best possible comfort. But at the same time, the lack of risk is not pushing people to go beyond themselves. The lack of dream and wishes is not pushing people to try the impossible. The inexistence of an even better world is killing the motivation of the masses and, among them maybe the genius that would have invented the next big thing. On another scale, people living in these societies lose the sense of urgency, of self-solving, of creative “solutionning”, being too used to have assistance at all levels. Some even say that this is exactly what the Leaders are wanting: a tame mass of people who are unable to stand and fight them in case they would go too far. Indeed, after so many years of soft cocooning, who might have enough courage, or simply the skills, to take the arms in order to stand against an oppressor? So few. If not none at all.

our children are playing on OLED displays since their youngest age. They became, like their parents, simple users of their environment. We don’t build: we use devices to build virtual things. We don’t create: we create things using tools that we are unable to create ourselves. Creating music, artworks or 3D sculptures like today, by using extensive IA within virtual tools never made a Mozart, a Van Gogh or a Claudel. Creating “in a box” will never make you creating anything bigger than the box. Building bricks on a tablet will never bring you the skills to build it for real: understand the fine adjustments, the balance of the construction, the weight of each brick, and the sense of achievement to have won against gravity. I realized, reading this book, that I had no clue how to use a simple hammer. Would I be able to achieve what the heroes of this novel managed to do? I don’t think so!

Henry Ford said “We will not put into our establishment anything that is useless.”

This concept is widely defining our world today. The issue is that human being himself is not lean. Some people want to be useless and giving to them a basic income for doing nothing is killing the meaning of wanting to be useless. Trying to build around the human kind a streamline society is, maybe, non-natural. The society, managed by IA, operated by robots, reflected on LED screens, fed by un-tasty algae, is somehow becoming too perfect for our human natural inspirations and needs.

Tonight, feeling deeply depressed by all this deep but useless thinking (alcohol and drugs being banned from modern societies “for our own benefit” since 2020), I think I will again yield to temptation through the Virtual Reality system. My best purchase in years. The simple fact to think of pushing the “LIVE” button makes me slightly trembling and my heart already speeds up. 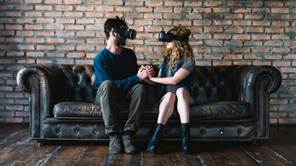 If only virtually, I finally can project myself into the world I belong to. Each time I press this button, I feel human. I have a chance to be hero. With what will I start tonight? Hunting fierce beasts in the wildest jungle, feeling adrenalin rushing in my veins? Or will I choose the high danger motorcycle street-racing program, with police sirens chasing me, feeling the pain of the testosterone rush in my muscles? Maybe I will again go for this wonderful virtual date I had last week, it made me feel alive. I finally had a reason to live again. 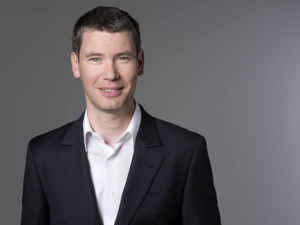